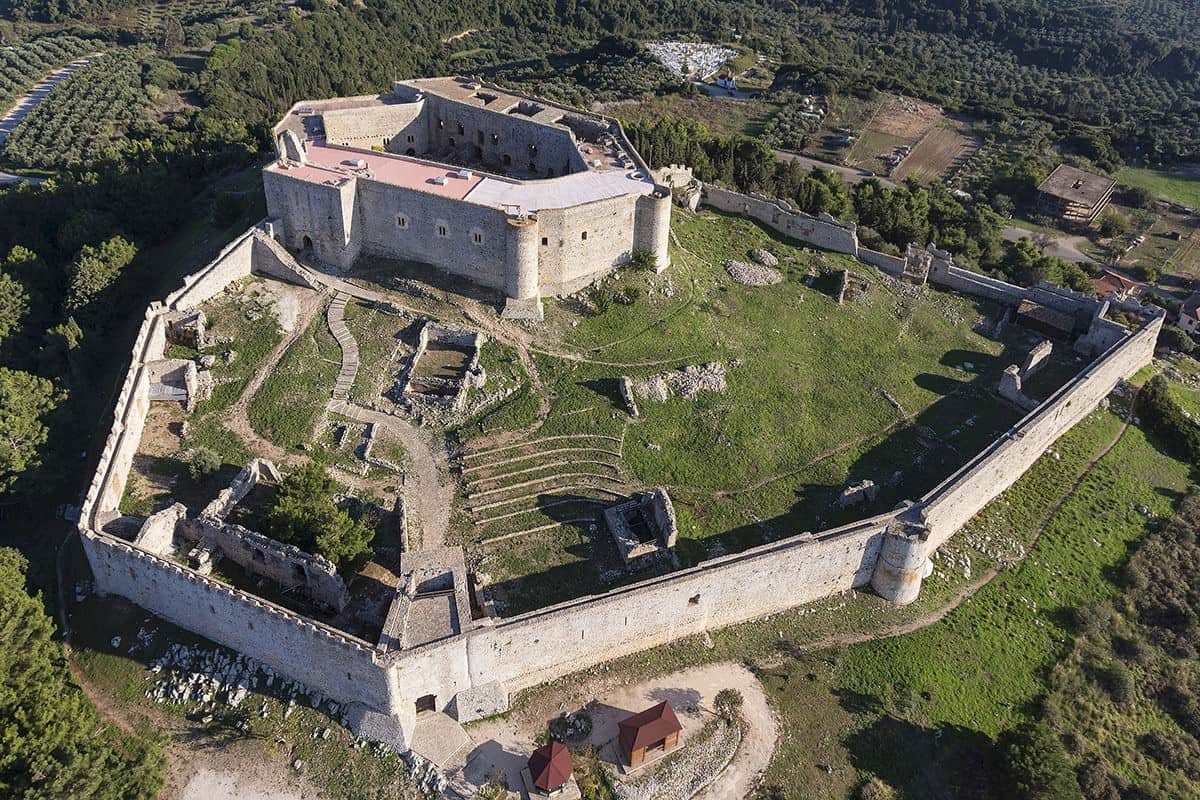 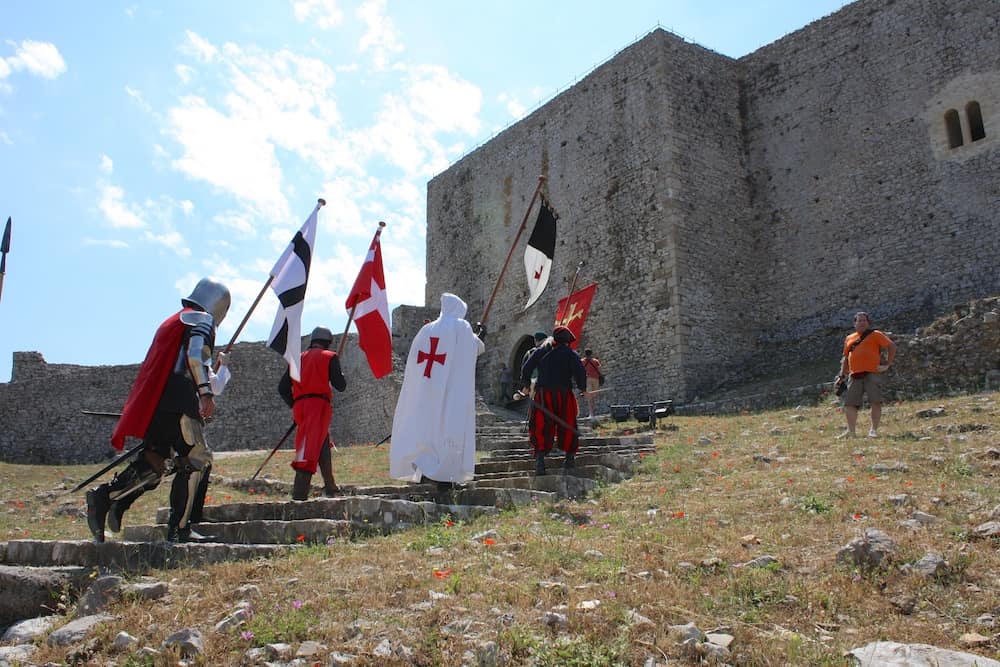 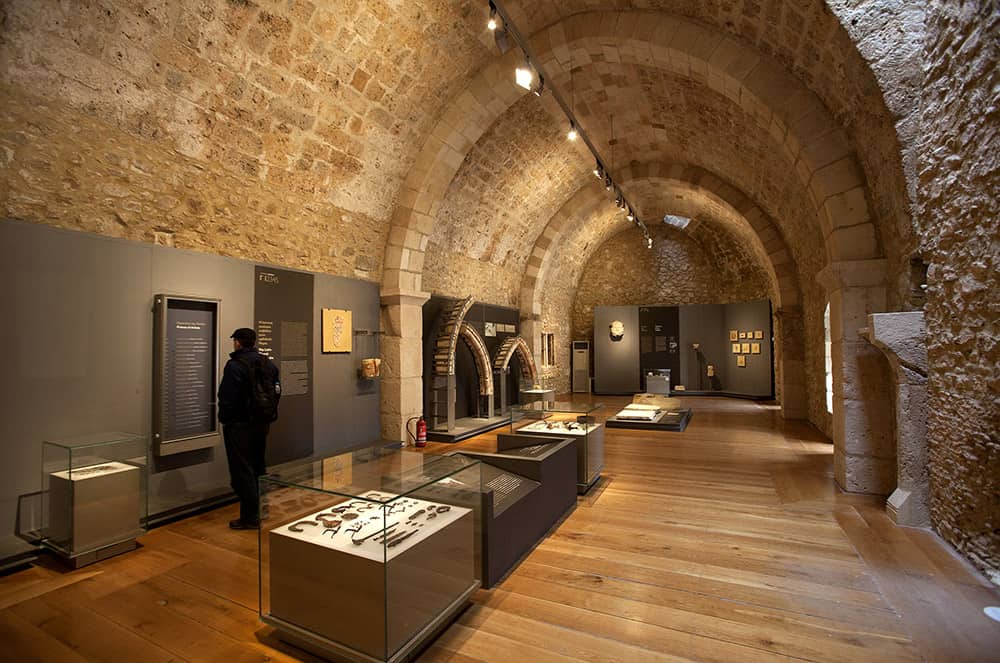 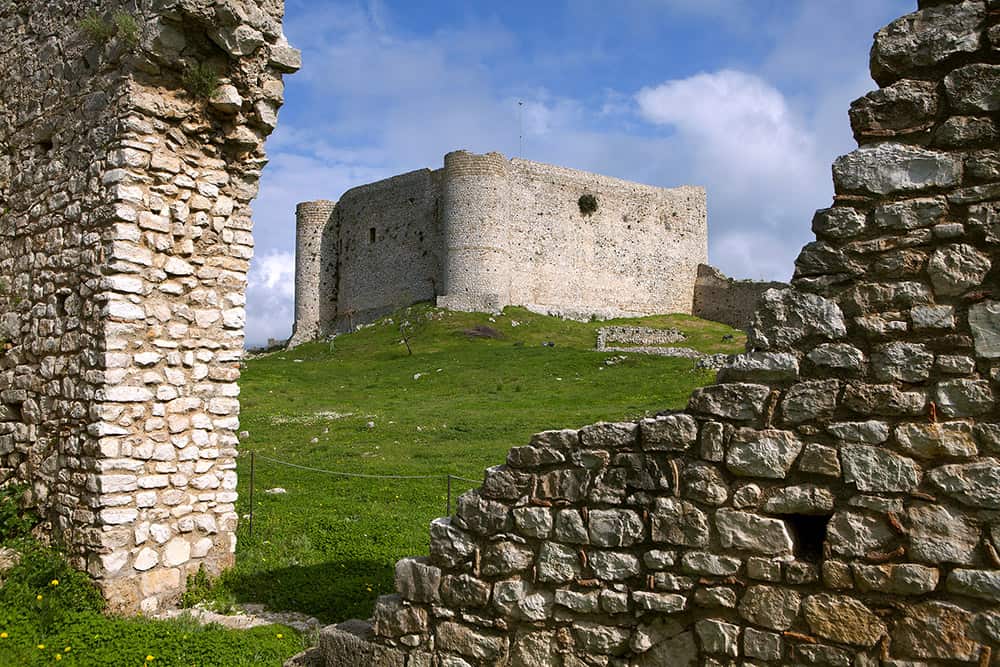 Chlemoutsi was the most important castle of the Princedom of Achaia. Built between 1220 and 1223 during the Frankish Reign from Geoffrey II of Villehardouin in Ilia, it protected Andravida and also its seaport, Glarentza. The Castle’s original name was Clermont, as named by its French owners. The Greeks named it Chloumoutsi as shown in the Morias Chronicle, or Chlemoutsi which is the name that reached up to our time. During the Venetian Reign it was named Castel Tornese, because the Venetians assumed that there took place the cutting of the coins of the Princedom of Achaia, the tornesel.

Chlemoutsi is located on the village Kastro of the Municipality of Killini about 45 min from Katakolon Port, on the western cape of the Peloponnese. As it is built at the top of a hill, it overlooks the plain of Ilia.

It consists of the main castle which is a hexagonal building including an inside yard and of the surrounding area which is protected by a wall that has towers at intervals.

The position chosen for the foundation of the new castle was strategical; it is built on the western point of the Peloponnese and right on the highest and most central spot of the mountain Chelonatas (250 metres high). From the top of the hill, Chlemoutsi protected the famous mercantile port of Glarentza and the capital of the Princedom of Andravida, reassuring the control of the area that constituted the centre of the Frankish possessions in Morias, which met times of prosperity and glamour during the Villehardouin reign.

The story of the construction of the castle is stated in the Morias Chronicle. Geoffrey II raised taxes on the Latin clergy, who protested to Pope Onorius III and he in response excommunicated him. Geoffrey explained to the Pope that he used the taxes to build the castle which protected the existence of the princedom and the Latins, or else if the Romans took over Morias, they would not only kill all the soldiers as himself, but they would also kill the Latin clergymen. The Pope at last agreed to withdraw the aphorism.

After the death of Geoffrey II of Villehardouin, acute conflicts break out about the leadership succession and gradually the princedom is led to decline. Chlemoutsi is claimed by several nobles. The Catalans took over the castle in 1315, but it is reoccupied by the Francs and stays in their possession till the early 15th century, when it passed to the hands of Carlo I Tocco Count of Cephalonia and Zakynthos and Ruler of Epirus. In 1427 went peacely to Constantine Palaiologos, after his marriage to the daughter of Leonard II Tocco, Magdalene, who in order to marry Constantine was renamed Theodora.

Constantine used it as a military and administrative core. In 1460 the castle was occupied by the Turks and in 1687 by the Venetians who kept it in their possession till 1715, when it passed again to the Turks. Small scale repairs during the Ottoman Rule are stated as maintenance work to the castle. The very limited interference resulted in the preservation of the architectural elements of the 13th century, so the castle today constitutes a significant sample of construction during the Frankish Reign.

The castle consists of two compounds. The outer compound is polygonal. In the perimeter of the walls are preserved the remains of buildings from the first construction of the 13th century, while in the inner compound there are traces of buildings, from which a mosque of very attentive construction.

In the interferences during the Ottoman Rule belongs the current formation of the main entrance, the battlements and the tree towers of the west side of the compound. In the southeast end of the castle there is a hexagonal inner compound that consists of a line of vaulted chambers around a big central yard. Most of the chambers where originally two-storied and heated by fireplaces, similar to those of the outer compound. Morphological elements such as the high semi-ellipsoid arches that roof the chambers and the lowered or slightly sharp arcs of the openings testify the western origin of the castle’s founders. 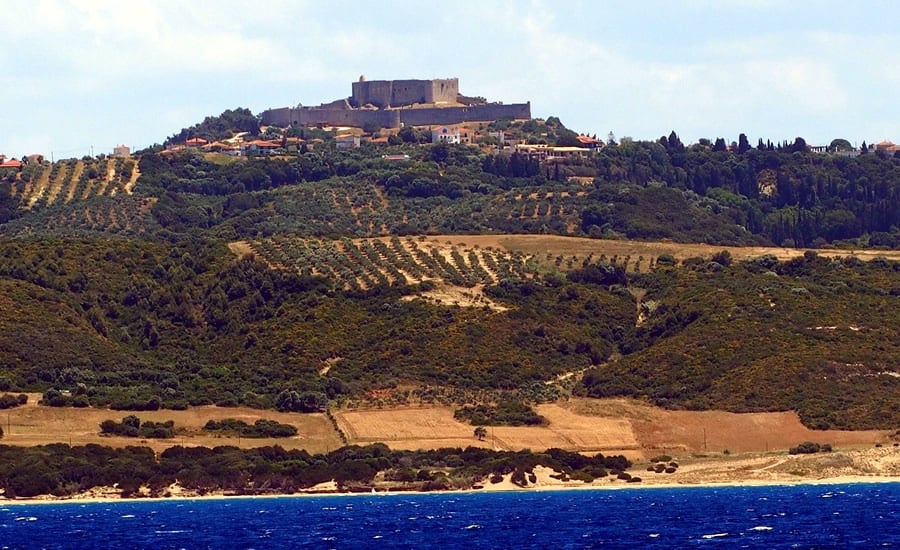 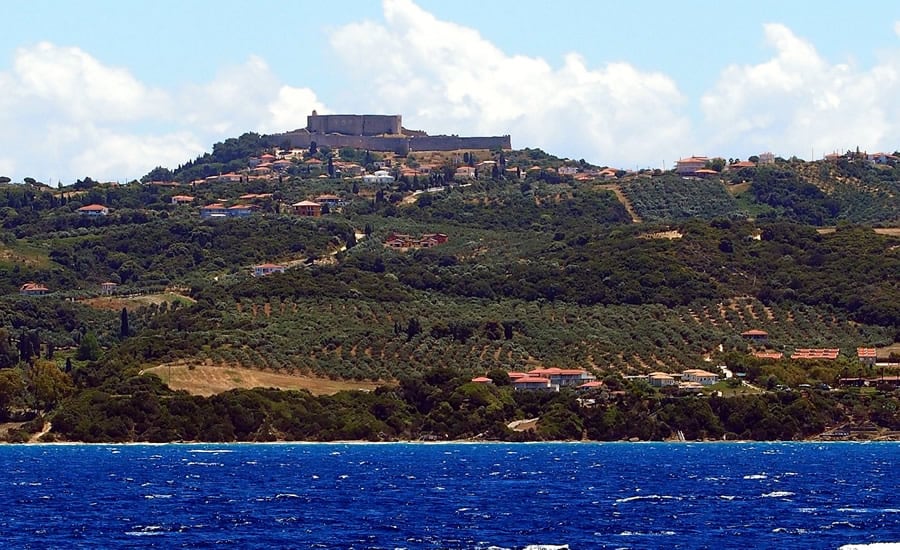 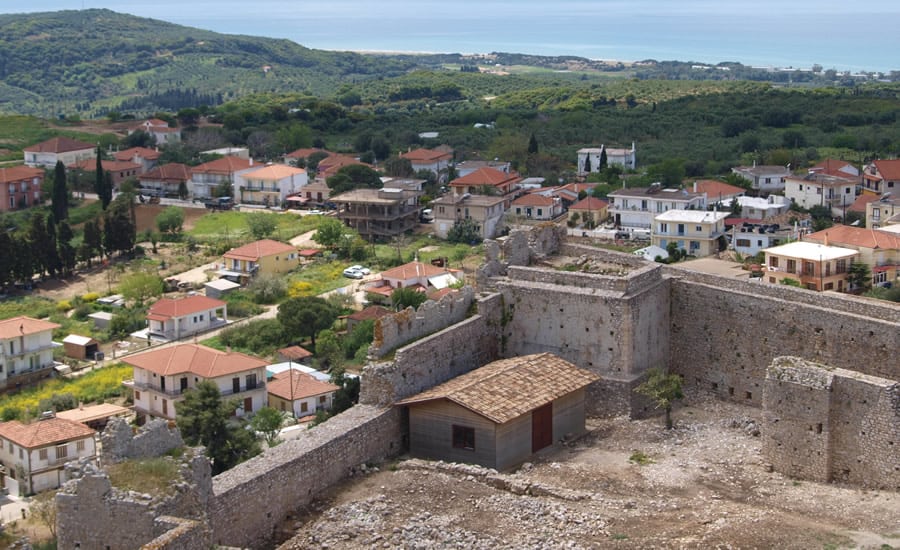 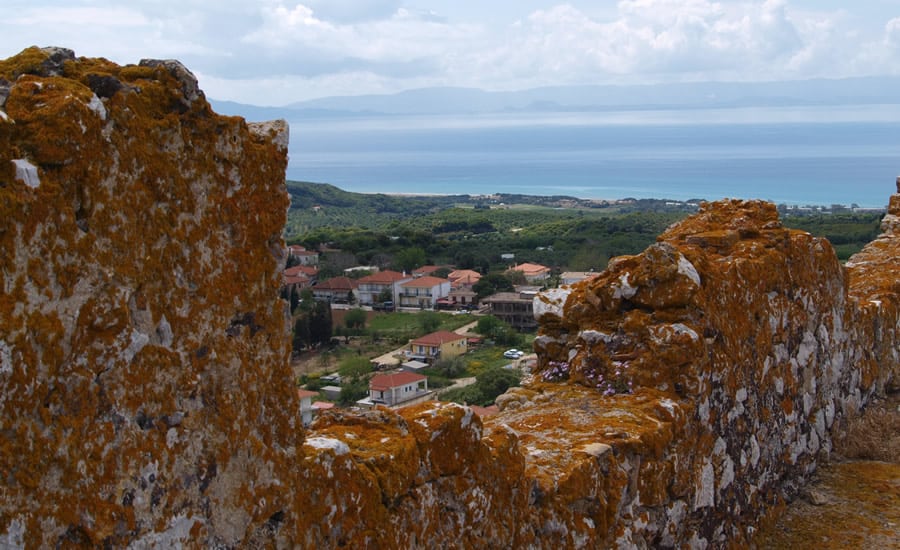 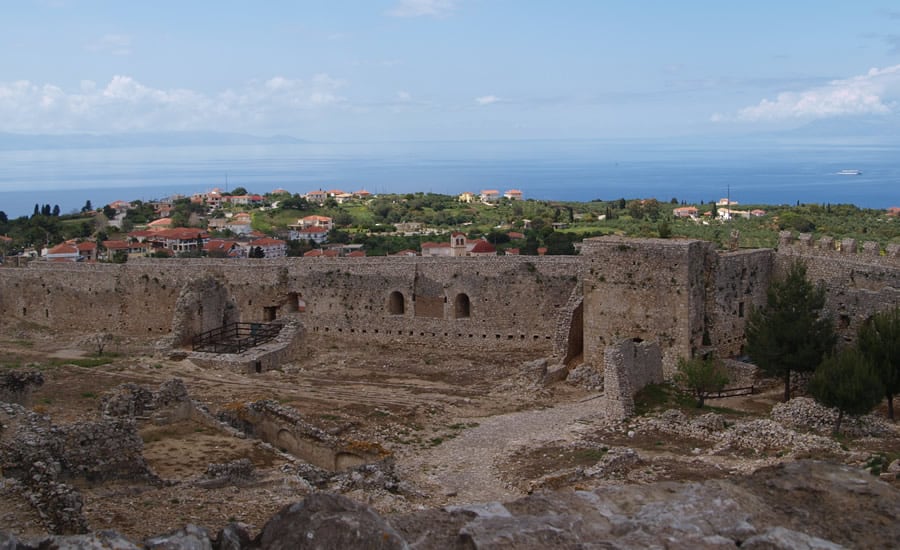 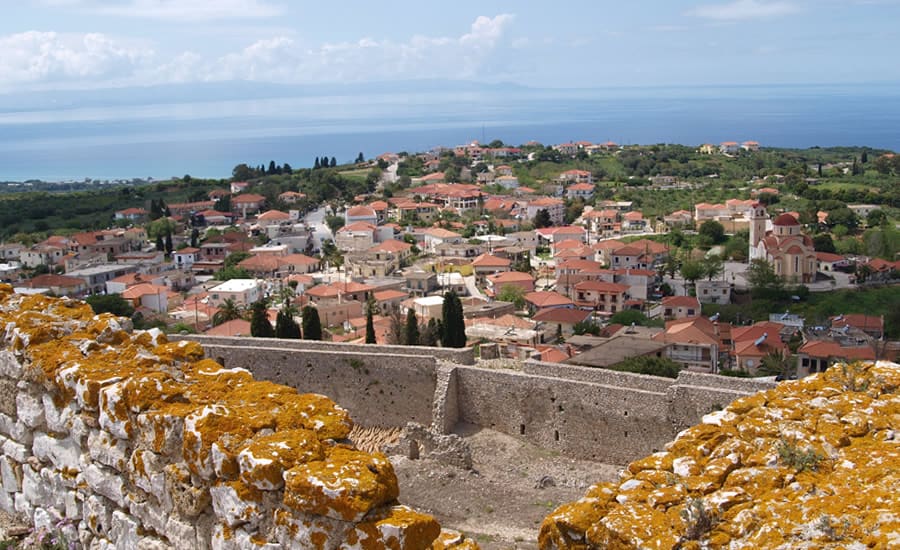 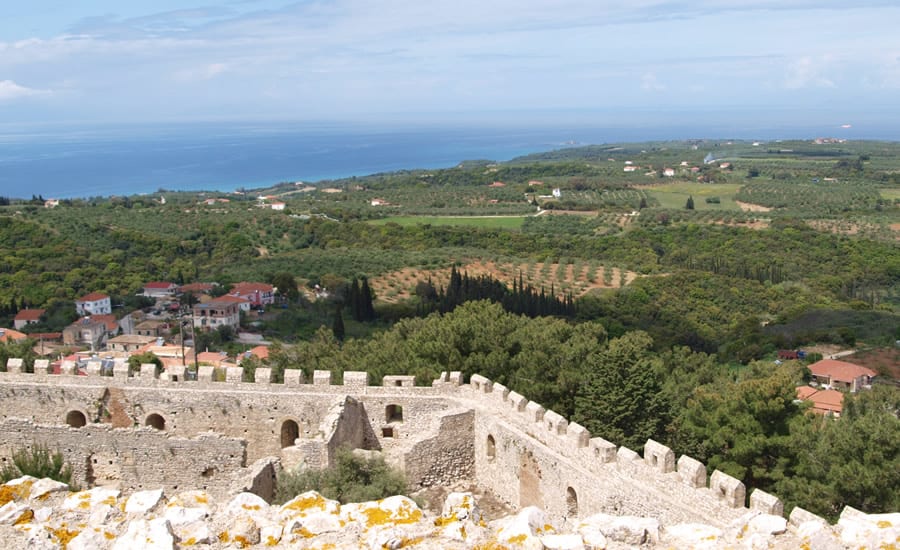 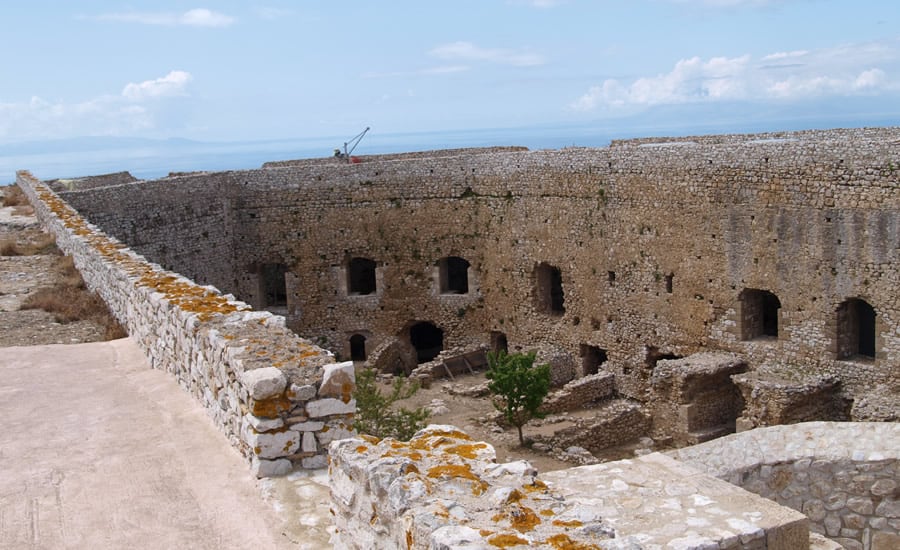 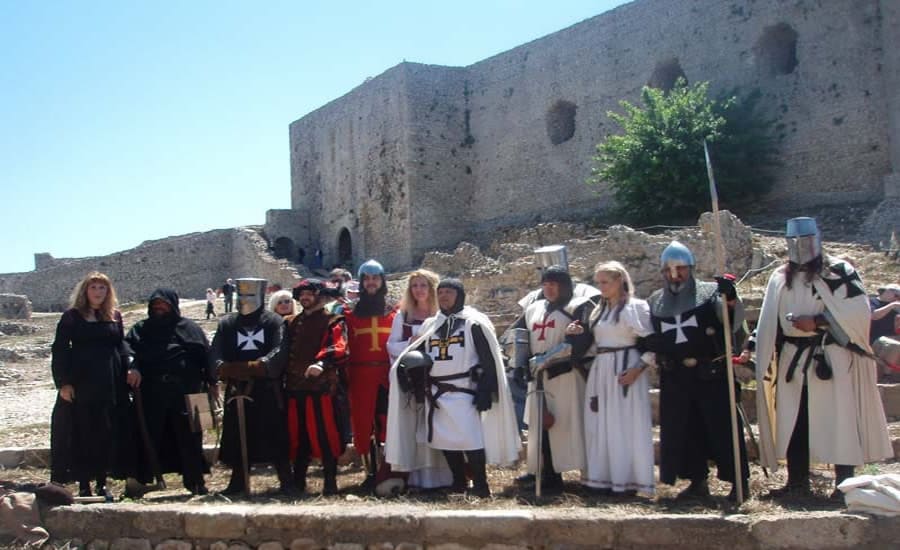 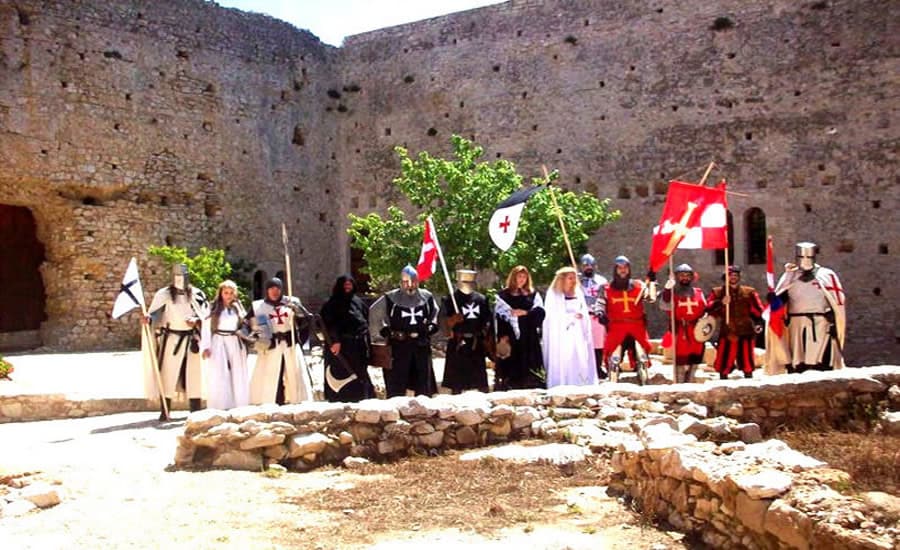 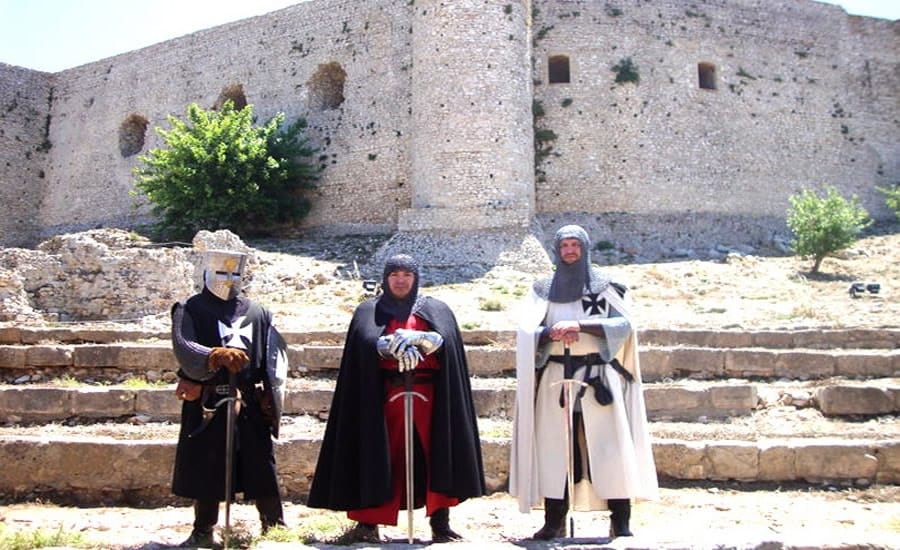 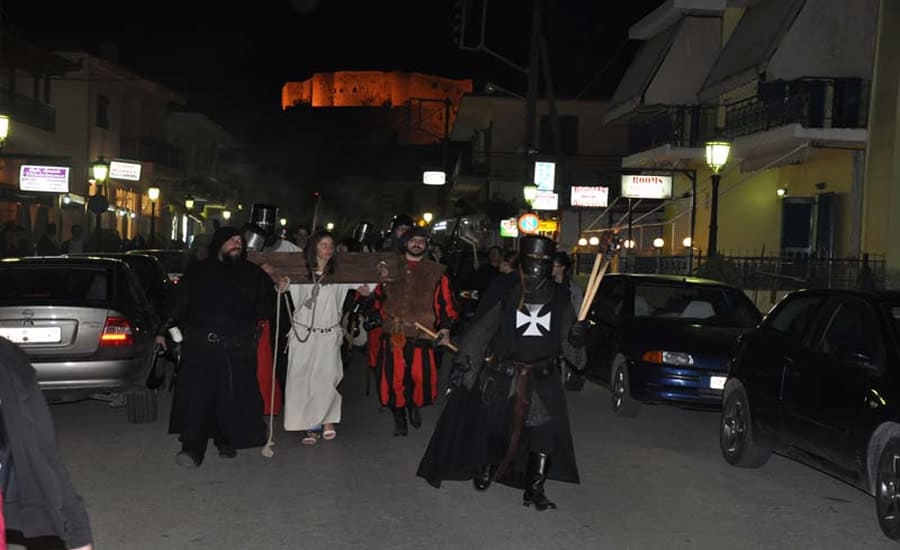 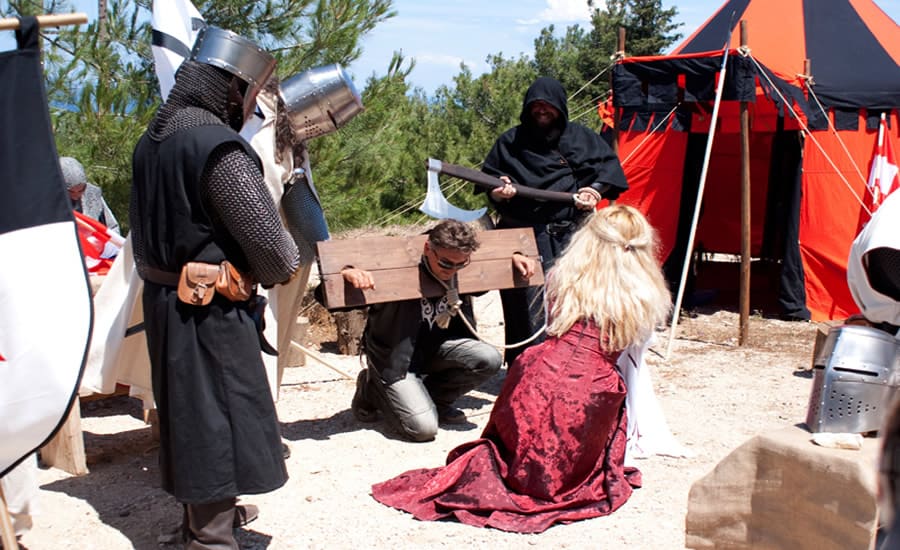 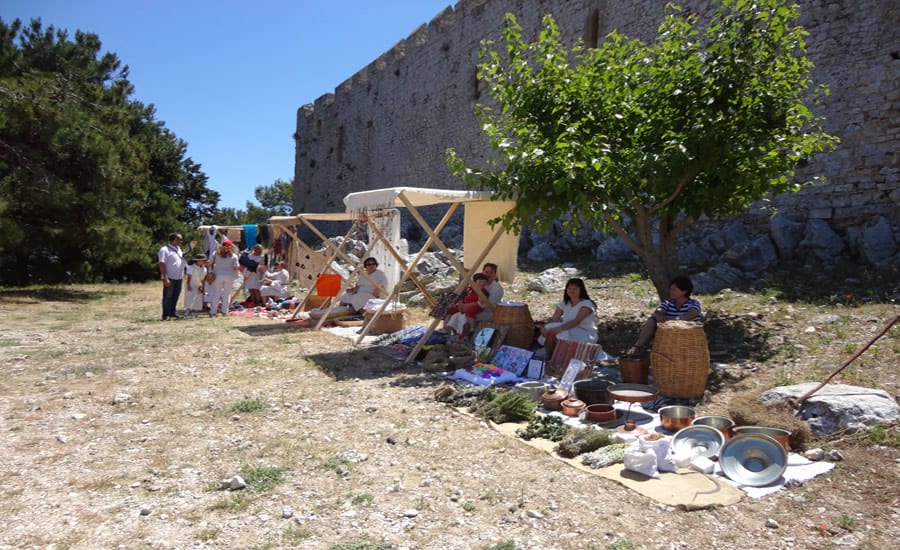 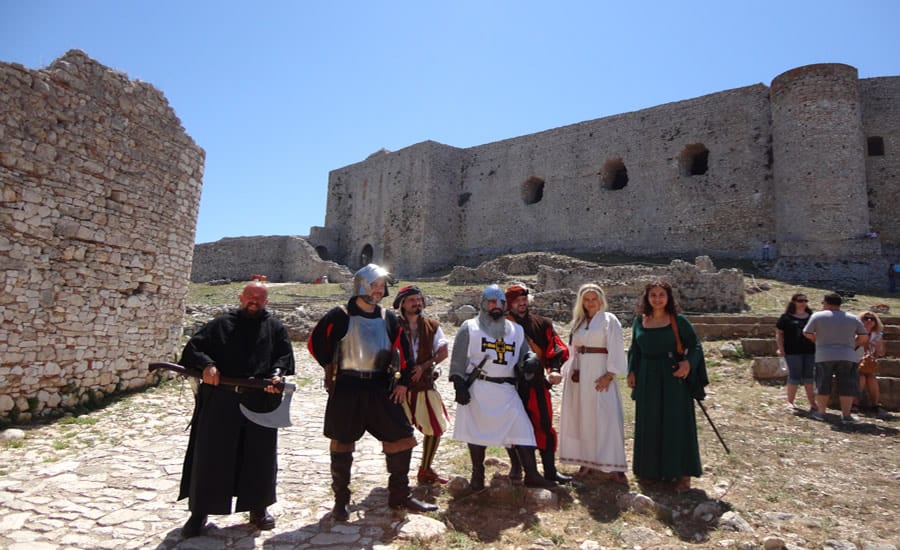 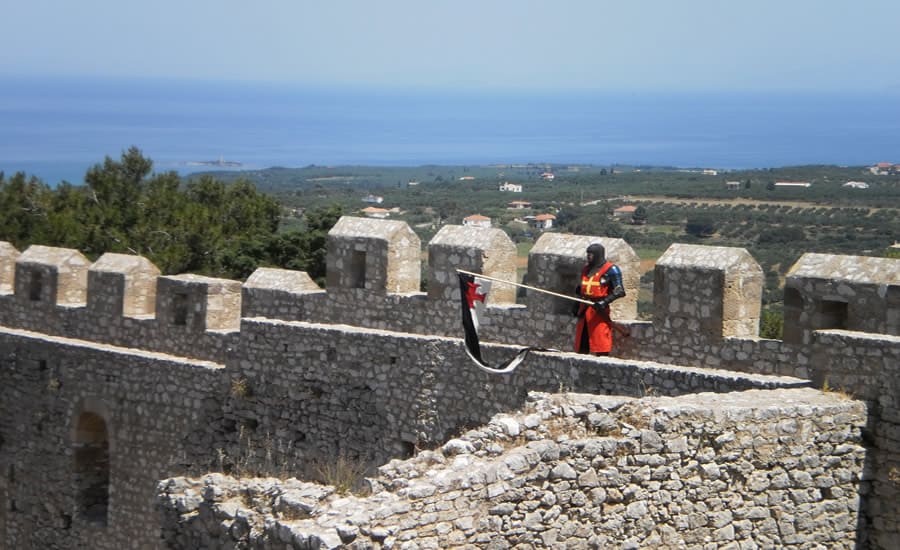